PD4ML v4.0.4 introduces optional font kerning support. Kerning is an addition or reduction of space between two characters (glyphs) of a proportional font. As a rule a rendered text is visually much more pleasing when the kerning is applied. 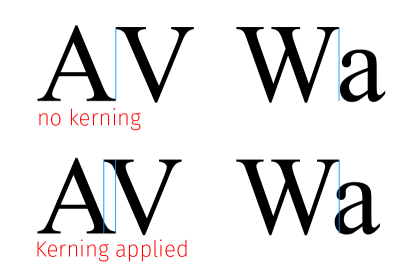 PD4ML uses kerning pairs info from TTF/OTF fonts (if available). For the standard built-in Type1 fonts the kerning info is known and included to PD4ML product itself.

The feature is also implemented in our older development branch v3.11.0 due to its importance